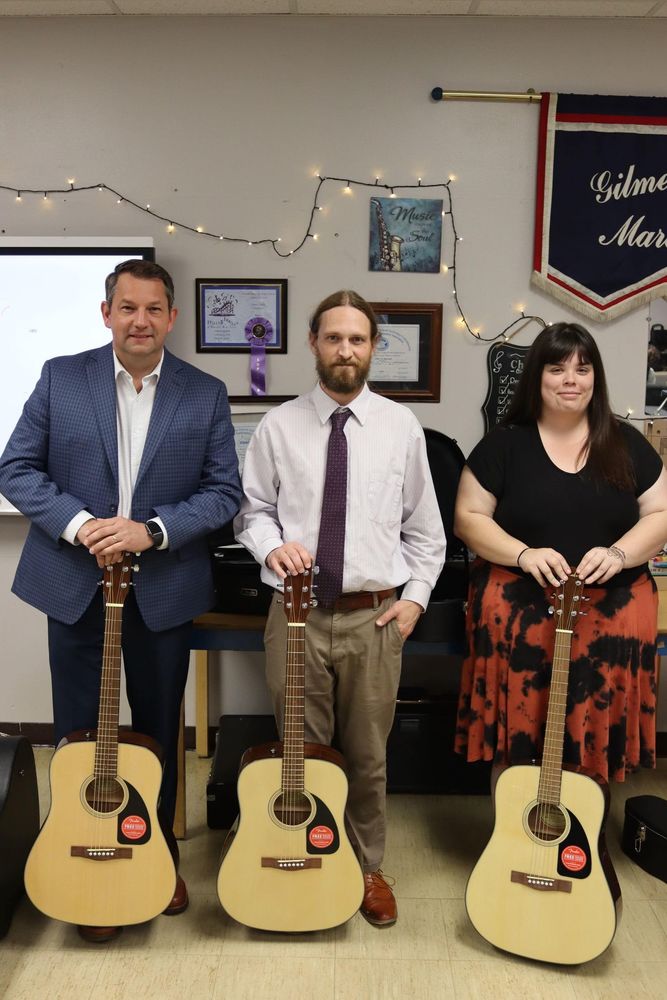 Guitars Donated to GCHS In Memory of Nick Brodeur

Family and friends of Nick Brodeur have presented GCHS with a donation of three Fender acoustic guitars. Nick was a 2014 graduate of GCHS who had a passionate interest in music. During the time he attended GCHS, he could often be found playing his guitar for his friends or anyone else who would listen.

After graduation, Nick continued to pursue his music, and he became a prolific songwriter and captivating performer. Many county residents saw him with his guitar outside of Foodland in Glenville, and he was well known for his beaming personality and his infectious smile.

Last fall, Nick’s life was cut tragically short. These guitars have been provided to the students of Gilmer County in order to preserve his memory, and to help ensure that others can experience the joy of playing guitar. GCHS students who are interested in guitar should see Ms. Brittany Koutsunis (pictured) to learn about the opportunities these instruments have made available. GCHS would like to thank Jamie Hill (not pictured) for helping to facilitate this donation.